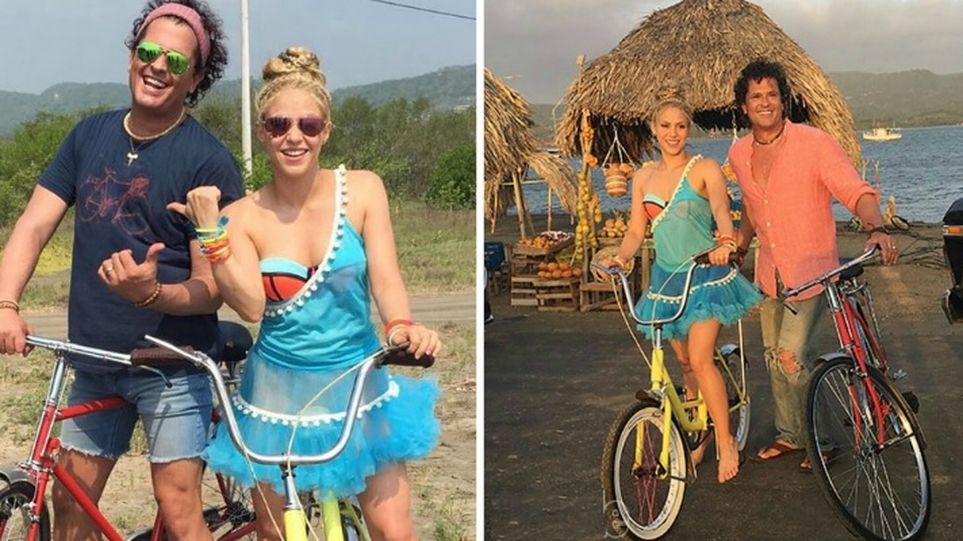 Since the launch of my website my life turned upside down and unfortunately my blog had to suffer from that. From now on I will keep you updated on a regular basis and not only about the designers that I represent, but I also would like to share with you my passion for South America, especially Colombia :).

Today, I am pleased to introduce to you this amazing new song of Shakira and my longtime favorite Colombian singer Carlos Vives. We all know Shakira, but I guess Carlos Vives is still unknown for the most of you.

Carlos Vives was born in a city at the Colombian coast near to Cartagena, called Santa Marta. He started his career as an actor in a Telenovela ( if you are interested to know what a telenovela is, you should definitely whatch Jane the Virgin at Netflix! ) In 1991 Carlos Vives played the rol of a famous Colombian Vallenato singer in one of these Telenovelas and that’s how he started his career as a singer.

So what is Vallenato?

Vallenato is popular Colombian folk music and it literally means “born in the valley”. The genre is originated from a city called Valledupar, which is located in a valley close to the Caribbean coast. Once every year there is a big Vallenato festival in Valledupar and I am dying to go there and dance like crazy!! Dancing Vallenato is actually much easier than salsa, maybe one day I will upload a movie to teach you the basic dance steps :D.

My crush on Carlos Vives started when I was around 8 years old! Around this time he released this amazing song called La Gota Fria and up to this day I get goose bumps and I can’t sit still everytime I hear it (or any other song from him for that matter). I just loveeee his music. Unfortunately, I am still waiting for the day to attend one of his concerts and see him live performing. I think I will cry if that day ever comes…

Enough about my crush, back to the music. Carlos Vives is one of the most famous Colombian singers and he is well known for fusing the Vallenato sound with Rock. He won several awards and even a Grammy for his album Dejame Entrar. This new song is the first collaboration between these two Colombian superstars. Nice detail, the video was filmed in the town where Shakira was born: Barranquilla.

So put on your dancing shoes and dance with me on this fantastic new song of Carlos Vives and Shakira, called La Bicicleta!!!

« Style and Stories donates to KIKA foundation
Andrés Carne de Res | An extraordinary place in Bogota to put on your bucket list! »