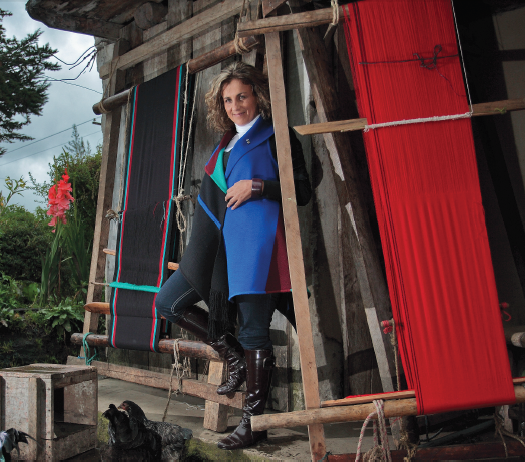 Adriana Santacruz | Interview with the ultimate connoisseur in weaving looms

Talented Colombian fashion designer Adriana Santacruz is the ultimate connoisseur when it comes to the centuries-old practice of weaving and loom fixing. Working extensively with local communities, she is avid on merging traditional crafts with contemporary style.
We sat down with Adriana to talk about her personal whereabouts, her childhood and her road to success.

Let’s start from the beginning. Where do your roots lie?
I was born and raised in Pasto in southern Colombia and I still live here up this day. I love the pristine nature here; it inspires and gives me peace and tranquility. It’s the perfect place for me to work and create my designs.

How did you experience your childhood and adolescence?
I had a wonderful childhood. Virtually every school holiday was spent in the countryside. My adolescence was similarly happy-go-lucky. I was always full of dreams and out and about with friends. Yet still I was most at peace in solitude, climbing onto rooftops of old neighboring houses. At school, I tended to take up the role as leader. In similar vein, I loved participating –or taking up lead roles- in theater plays, dance classes and everything else that involved entertaining crowds. Even though I was not necessarily a straight-A student, I stood out when it came to organizing entertainment events. 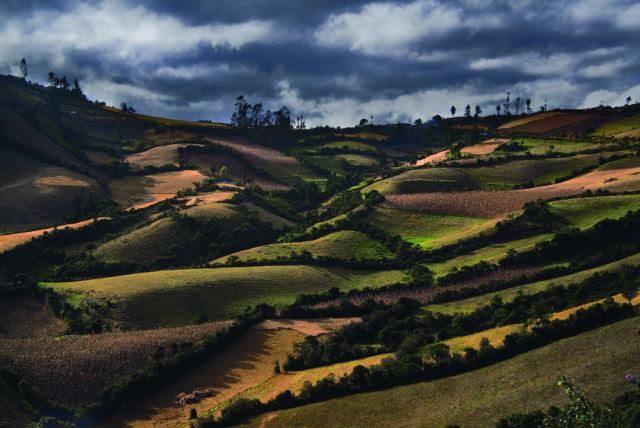 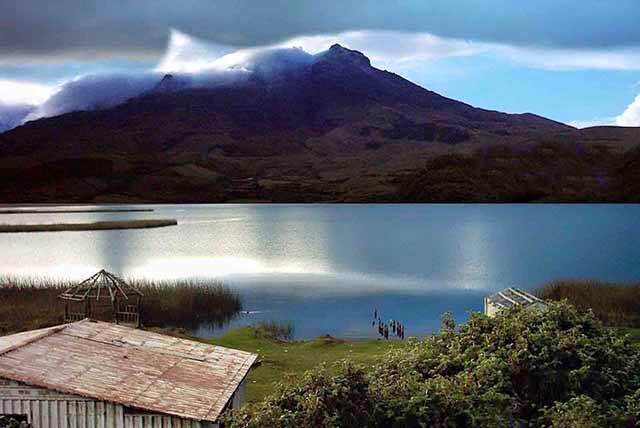 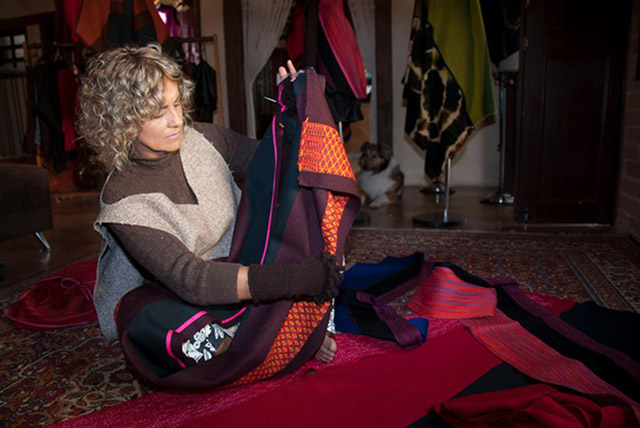 What was next after high school?
Well, this might not sound very rock ‘n roll, but I married the man I love and with whom I share my life. It was actually one of my dreams as a teenager:  being with a great man with whom I could build a stable future and in the meanwhile realize my professional pursuits.  We started out with a farm. Here I learned to inseminate cattle and everything else related to running a cattle farm. Brilliant years. Shortly after I became a mother, a completely 360 degrees change that I managed to combine with my lingerie business which I executed at home. That was until my heart began to ache for more. So I enrolled into a fashion design course and from there onwards, fashion became my devotion.

How did your first collection ignite?
I started in 1999 with a research project with which I worked with women that belonged to the ethnic group of “Los Pastos”. In doing so, the purpose was to lessen the gap between ancient old traditions and today’s age of modernity with all of its high-tech implications. I named the project “Fabrics of Yesterday and Today”, which landed me an award. From that moment onwards, I began taking part in several trade shows and craft fairs, which looking back to it, really got the ball rolling.

By incorporating their fabrics and dyes, you try to improve the lives of these indigenous communities. How did this idea come about?
It’s probably the best decision I have made in my life thus far: bringing the human component back in the fashion game. I’m just utterly fascinated by the ancient old wisdom and practical knowledge that ethnic communities passed on from generation to generation, and still continue to do so. Resultantly, they have managed to preserve this immense reservoir of acumen on how to best transform cloth into actual wearable clothing. I’m sure to say that they all feel fiercely acknowledged, knowing that my creations have been realized for a substantial part of off their hands, literally.

That makes me curious to learn more about these people. How have these collaborations come about?
The majority of the group of weavers I work with stem from native communes in the region. These are all men and women that even embroider and weave in their spare time. We most certainly share one great passion and that is our love for craft.

Do you have any advice for those who are pursuing a career in fashion?
As in any profession you must love what you do and let your intuition be your guide. But most importantly: make sure to clearly define for yourself in which precise direction you want to move forward and how you’re going to achieve this.

How would you define success? What does success mean to you?
Success is all about attaining goals. Develop a clear mission and vision and go for it!

Click here if you would like to see or buy one of these beautiful and unique designs.